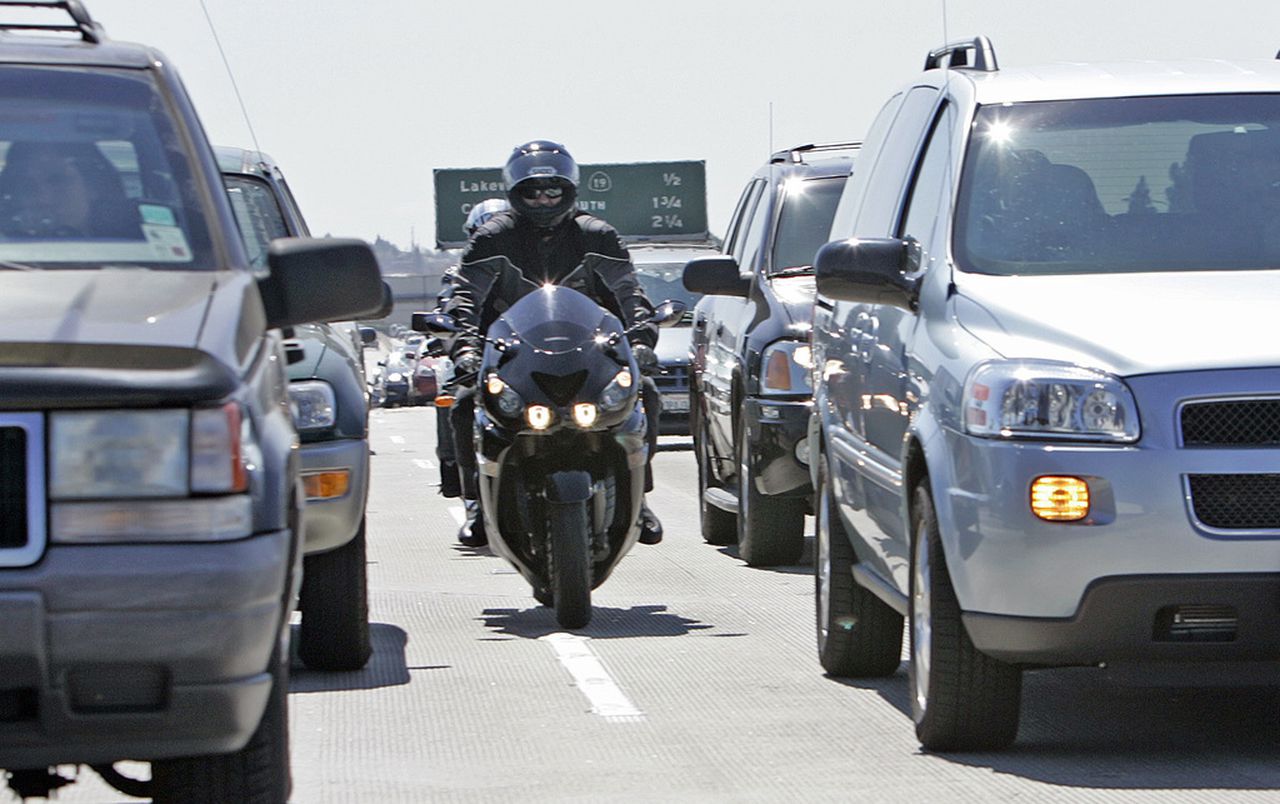 PORTLAND – Earlier this month, Oregon lawmakers passed a bill that would allow motorcyclists to ride between slow or stopped traffic.

However, despite bipartisan approval and hundreds of letters of written testimony – mostly in favor of “split lane” legislation – Governor Kate Brown this week vetoed the measure, citing public safety concerns. .

“I have several concerns with the bill as it is currently drafted, particularly with regard to public safety and non-compliance,” Brown said in a letter to the Speaker of the Senate on Wednesday. State and Speaker of the House, obtained by Oregon Public Broadcasting.

Senate Bill 574 would have allowed motorcyclists to ride between lanes, on multi-lane highways, when traffic slows to 10 mph or less – also known as “lane splitting” or “lane filtering” “. In this situation, motorcyclists traveling between cars could not travel more than 10 mph faster than the flow of traffic.

States like California and Utah have enacted similar laws.

While this idea is relevant to some riders, motorcyclists have argued that lane sharing actually improves safety.

“Perhaps one of the most dangerous situations for any motorcyclist on the road is being stuck in congested traffic, where vehicles with multiple stops, distracted and inattentive vehicle operators and environmental conditions present an increased risk of. physical contact with another vehicle or hazard, ”Nicholas Haris, a representative for the American Motorcyclist Association, said in written testimony. “Even minor contact under such conditions can be disastrous for motorcyclists.”

According to the Oregon Department of Transportation, in 2018, the most recent data available, there were 78 fatal motorcycle crashes in the state.

“I have witnessed – during traffic slowdowns on the Southern California freeway – motorcyclists moving cautiously, slowly and efficiently through traffic and clearing themselves out of emergency traffic,” said Kate Stoller, a motorcyclist from Oregon, in written testimony.

In Utah, a law passed in 2019 allows lane screening. Before the law, in 2018, the state had 28 deaths involving motorcyclists. The following year, he brought back 18.

Proposals to allow lane sharing have been introduced several times in Oregon, but blocked in the Legislature. This year, Bill had a bipartisan group of sponsors from both houses. In the House, the bill was passed by 42-14 and in the Senate, by 18-6.

But some disagreed that the bill would make the roads safer – the latest being the governor of Oregon.

“Many stakeholders, including law enforcement and members of the public, remain concerned that lane filtering is dangerous for motorcyclists and drivers sharing the road, due to serious injuries and fatalities. that typically result from accidents involving motorcycles, ”Brown wrote. .

“Based on these concerns, I am returning the unsigned and disapproved SB 574,” the governor wrote.

A legislative waiver of its veto would require a two-thirds vote in each chamber.