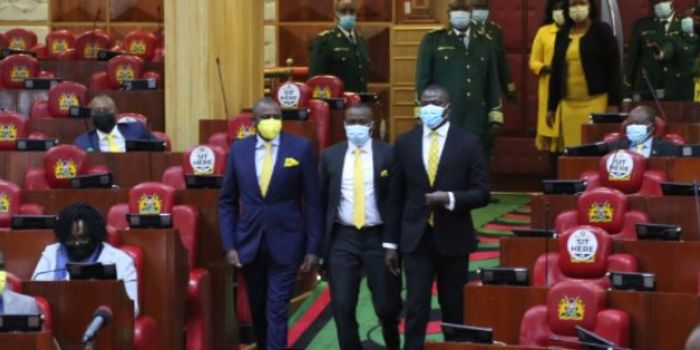 MEPs want the Parliamentary Services Committee (PSC) to implement the series of changes in the parliamentary building to facilitate the performance of their legislative functions.

Lawmakers want their employers to speed up the replacement of current steam rooms and saunas with new steam generating units as well as heat generating systems.

A current session in parliament

The committee, chaired by Ezekiel Machogu, also wants the massage rooms, barber and salons to be renovated to create additional workstations. They recommended that young staff be hired as masseurs and reflexologists. They want staff to be hired on a five-year renewable performance-based contract.

The committee, in its report, is pushing for air conditioners in parliament to be replaced with new hyperfilters. All of these requirements are aimed at creating a sufficient working environment for them.

The list of requests also includes bathrooms fitted with modern plaster, shower heads and toilets suitable for Muslims. The committee is also in favor of Internet connectivity at reception and the installation of electrically operated doors.

They also want the PSC to set up a health center in Parliament. According to the committee, the health center should be fully equipped with examination rooms with sufficient privacy.

It should also have a fully equipped laboratory, a pharmacy, specialized clinics to handle dental, optical, ear, nose and throat care as well as a mental health unit.

“The Parliamentary Services Committee should establish a parliamentary health unit within Parliament with clinical and public health sections and a health club,” the committee said in its report.

The report says the current health center is in urgent need of renovations to meet its standards and comply with health protocols.

The health center has been closed following the increase in the number of Covid-19s in the country since March 2020. 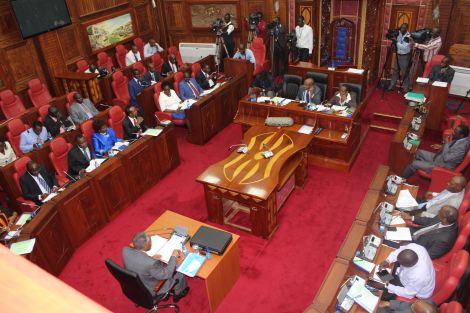 An image of the Senate committee in parliament in an earlier proceeding.