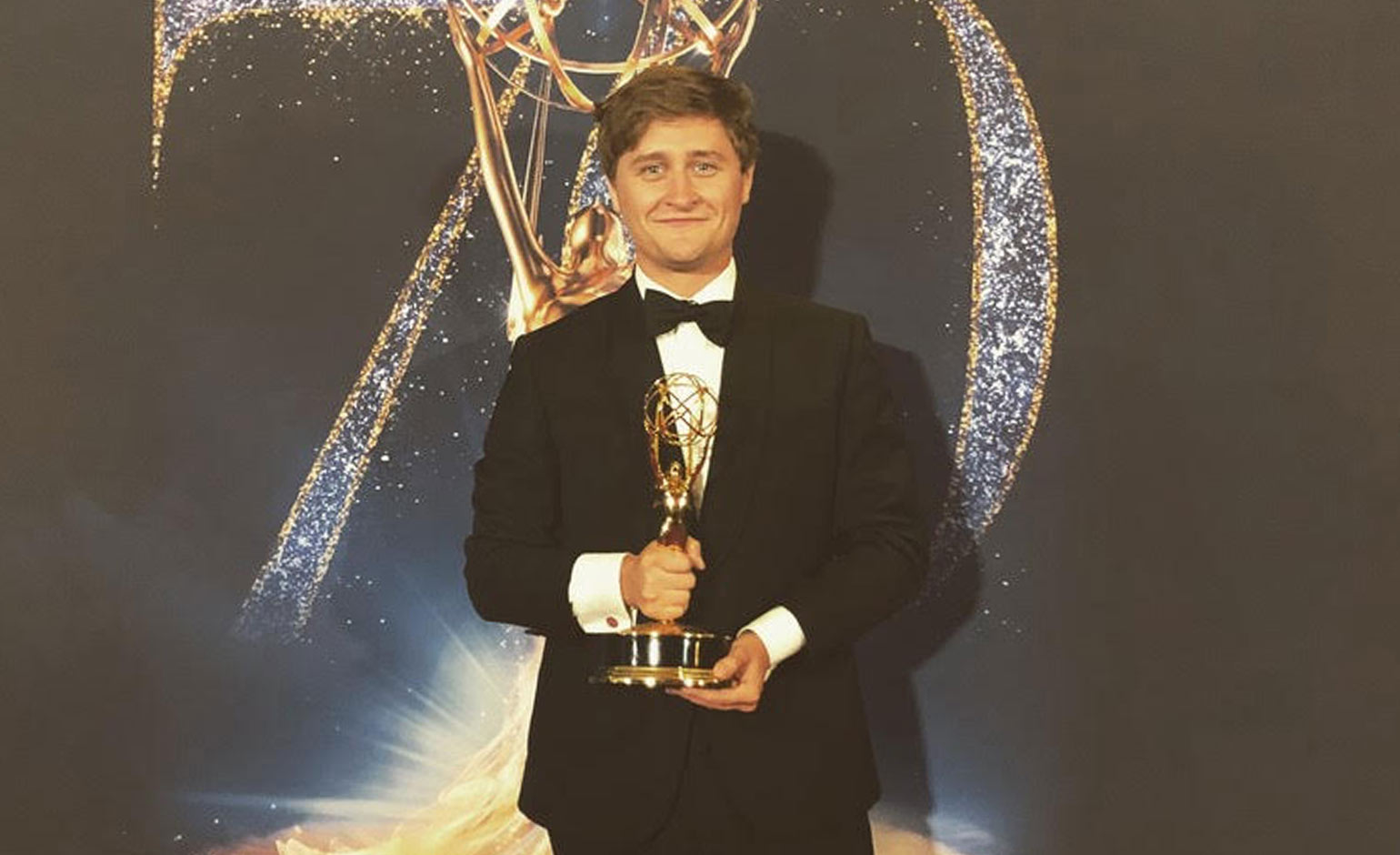 Bath University BA Commercial Music Graduate Oliver Ferris was recognized after the episode of the hit television series Black Mirror he worked on as a Foley artist won an Emmy Award.

The episode received the 2018 “Emmy for Outstanding Sound Editing for a Limited Series, Movie or Special”.

Oliver, who graduated in 2013, traveled to Los Angeles to collect the coveted trophy at the 70th anniversary of the annual Primetime Emmy Awards which celebrate excellence in the television industry.

The episode went on to win three more Emmy Awards at the ceremony, including “Outstanding Television Movie.”

Reliving the award-winning moment, Oliver said, “Attending the Emmys in LA was an incredible experience, it always feels very surreal.

“I am delighted to have been able to work on Black Mirror at this early stage of my career and to hear Bill Pullman announce that we had won was incredible.”

As a Foley artist, Oliver plays back sounds recorded and added to movies and TV shows every day in a post-production setting.

He said: “These sounds can include anything from footsteps to tissue movements. One day I might record sword fights and recreate a banquet scene the next day! There is such a variety of materials to work with that no two days are the same.

When asked how his experience at the University of Bath Spa had helped him get to where he is today, Oliver said: “I have always been interested in film and television, but Bath Spa allowed me to understand and experience working with tools that I now use every day. .

“My class helped me realize that being a Foley Artist was something that really matched my skills and interests and I haven’t looked back since.

“If I could give any aspiring Foley Artist one piece of advice, it would be to get as much experience as possible.

“As a post-production runner, I had the chance to get into the film and television industry, from there I was able to move into a post-production area that really passionate. Ultimately my advice is to keep working hard!